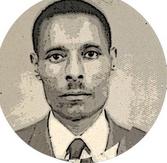 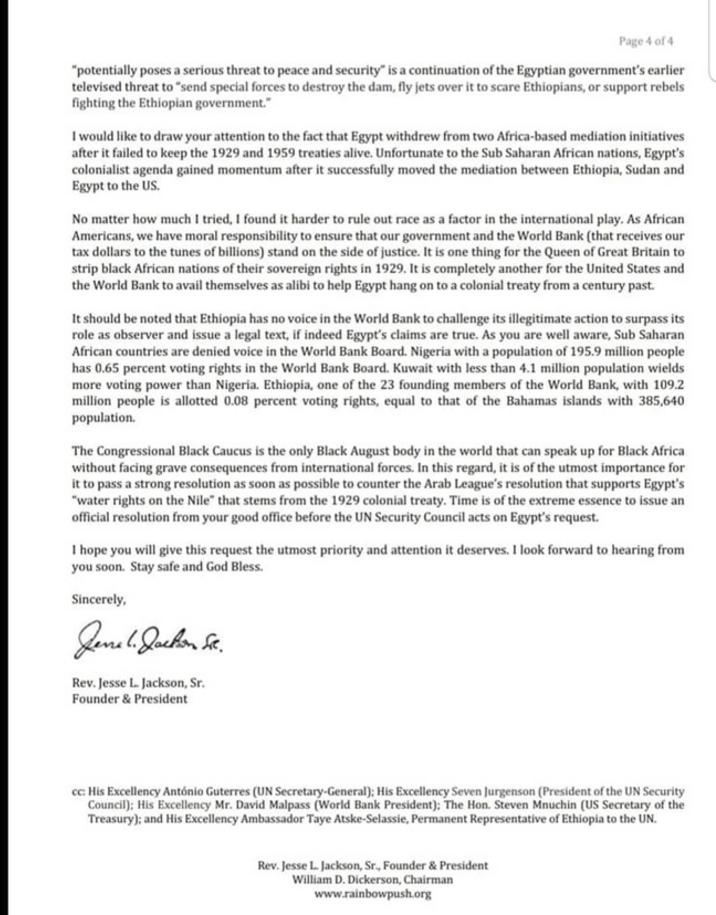 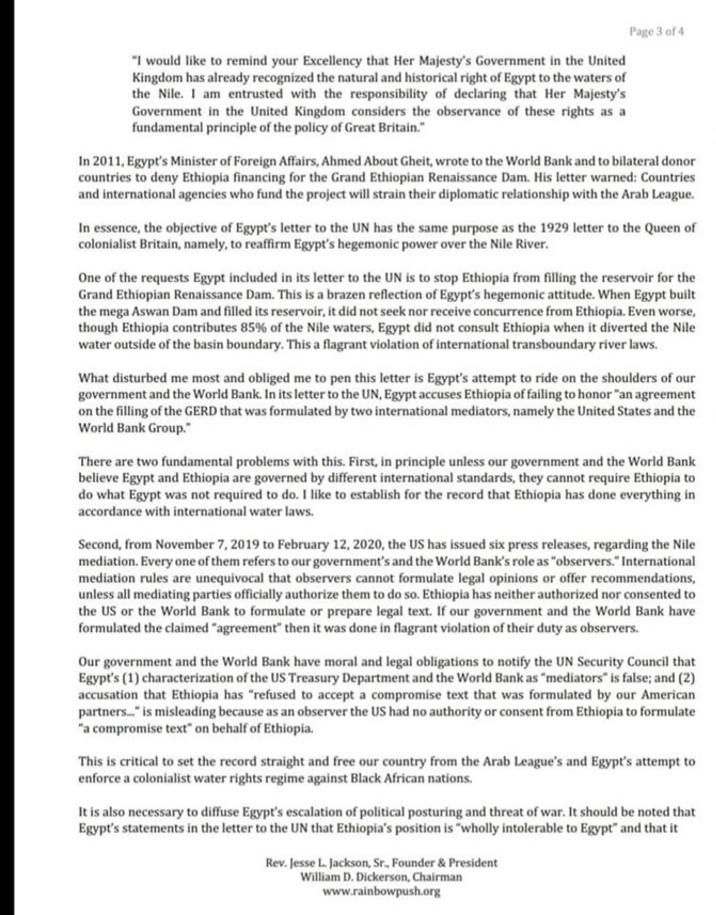 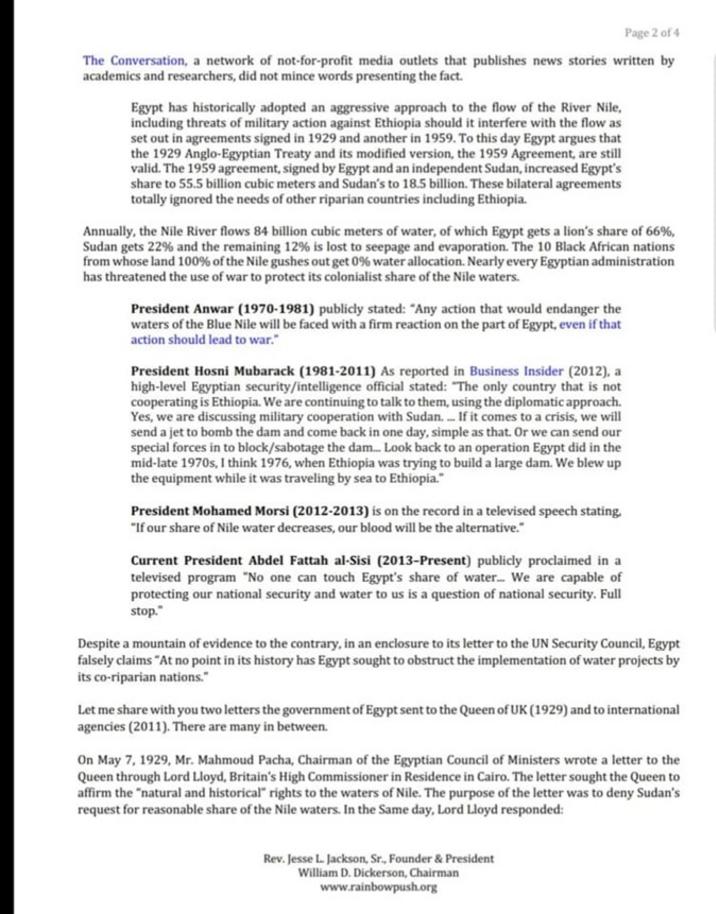 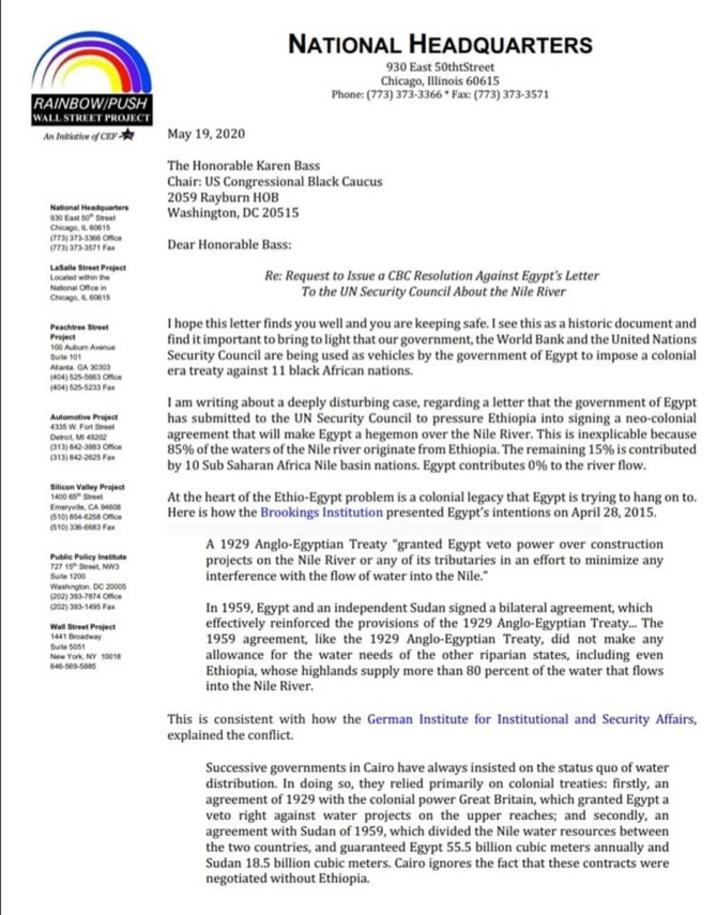 Statement by the Secretary of the Treasury on the Grand Ethiopian Renaissance Dam4.5K555
February 28, 2020

Washington, DC – On February 27-28, 2020, U.S. Treasury Secretary Steven T. Mnuchin participated in separate bilateral meetings with the Ministers of Foreign Affairs and the Ministers of Water Resources of Egypt and Sudan.

The United States facilitated the preparation of an agreement on the filling and operation of the Grand Ethiopian Renaissance Dam (GERD) based on provisions proposed by the legal and technical teams of Egypt, Ethiopia and Sudan and with the technical input of the World Bank.

In separate bilateral meetings, the Ministers shared their comments on the agreement.  The United States believes that the work completed over the last four months has resulted in an agreement that addresses all issues in a balanced and equitable manner, taking into account the interests of the three countries.

This process has built on the prior seven years of technical studies and consultations between the three countries, and the resulting agreement, in our view, provides for the resolution of all outstanding issues on the filling and operation of the GERD.  The foundation of the agreement is the principles agreed between the three countries in the 2015 Agreement on Declaration of Principles (DOP), in particular the principles of equitable and reasonable utilization, of not causing significant harm, and of cooperation.

We appreciate the readiness of the government of Egypt to sign the agreement and its initialing of the agreement to evidence its commitment.  We also recognize that Ethiopia continues its national consultations, and look forward to its concluding its process as soon as possible to provide for the signing of the agreement at the earliest possible time.  Consistent with the principles set out in the DOP, and in particular the principles of not causing significant harm to downstream countries, final testing and filling should not take place without an agreement.  We also note the concern of downstream populations in Sudan and Egypt due to unfinished work on the safe operation of the GERD, and the need to implement all necessary dam safety measures in accordance with international standards before filling begins.

The United States reaffirms its commitment to remain engaged with the three countries until they sign the final agreement.

We note that a signed agreement on the GERD will be transformational for the region, resulting in significant transboundary cooperation, regional development and economic integration, and improvement in the lives of the more than 250 million people of Egypt, Ethiopia, and Sudan.  We are pleased with the significant work by the countries over the last four months, which has only been possible due to the strong commitment to constructive dialogue and cooperation.